Margaritas: Out the can onto the rocks 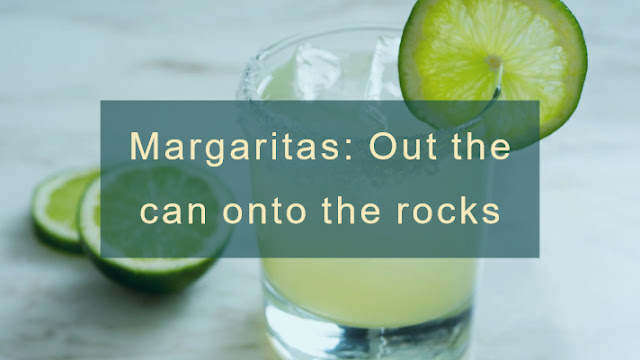 I don't know a thing about good margaritas. What I do know is, I will drink anything margarita flavored.

I must confess something. I don't know what's in a good margarita. Is there such a thing? Who determines what's good? Is that why there's a top shelf? I don't know. What I do know is I ain't paying $8+ for a drink. I would change my mind if the bartender mixing my margarita plans on holding the tequila bottle upside down for more than a count of 4.

Going the cheaper route is how I am enjoying a margarita. Come on now, you know me. Cheap is my only route.

Here's another confession, I had an obsession with Bud Light Lime-A-Ritas. Before you turn your nose away and leave a comment about how I don't know a thing about good drinks, remember, I admitted my lack of knowledge.

21 year old me would enjoy two cans of Lime-A-Ritas poured over ice. Bud Light suggests you enjoy your cocktail over ice; I suggest it as well. Don't knock it till you try it. Lime-A-Ritas chilled are crisp and refreshing. Red's Wicked Ale is bitter compared to a Lime-a-Rita. I like Red's, but I have to admit that it is easier knocking back Lime-a-Ritas. It all depends on my mood when it comes to picking either or.

Still not convinced on giving one a try? Don't take only my word for it, but countless other poor bastards that have settled for less. 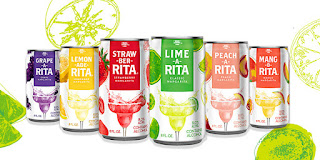 Consider this, as of this writing Bud Light has 11 flavors of their margarita in a can. Did I mention the 8% ABV? If people weren't enjoying these faux-cocktails, then this line of fruity drinks wouldn't exist. At the end of the day, it's still malt liquor with some fruit flavoring added. Compared to the real drink it's impersonating, you still are going get a decent buzz at an affordable price.

So far, I have had 4/11 of the drinks. Each flavor is distinct and tastes like what it advertises on the can. The problem with canned fruit-flavored malt liquors is the syrup. Have you ever had a soda with large amounts of syrup? From my experience, Natty Rush is notorious for having a sugary syrup aftertaste. 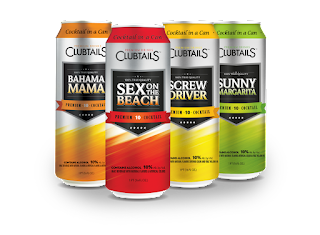 My love for Clubtails is known. I prefer the Screwdriver the most but give the margarita a try.

Frozen or on the rocks?

When the off chance occurs that I have to choose between frozen or on the rocks (doesn't happen often), I choose on the rocks. On the rocks has more flavor. Let your frozen margarita thaw out and tell me it tastes the same. Your rocks might thaw as well, but the likelihood of you finishing your drink in a timely manner is more plausible than risking a brainfreeze from downing frozen margaritas.

Maybe, just maybe, I should switch to Sensodyne so my sensitive teeth can handle the cold and I won't be so bitter.

Also, it sounds much cooler to say, "on the rocks."

It doesn't matter how you enjoy your margarita. Mainly, because your suggestions will fall on deaf ears; being that, I don't have the money to make a good drink.

Give me your recipes for the perfect margarita anyways. Someone else may benefit. As always...