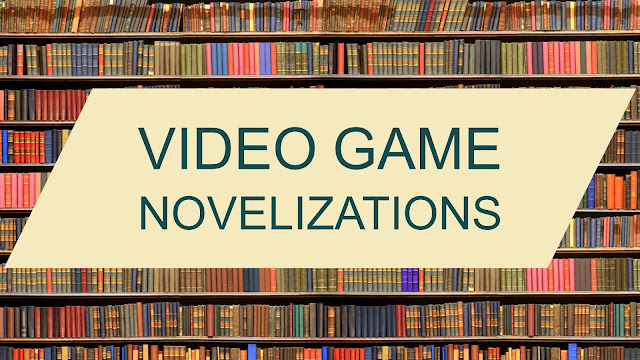 Video game novelizations are the best. They can add so much lore to a series. I'm not as much of an avid reader as I once was, but I still try to finish a book a month. Last year, I did good. Finished around eight books. First year trying out this goal but I think I did good.


Life pulls you every which way. Now that I am freelancing, my time is spent differently. I must spend time learning and trying to acquire new clients. If it hasn't been made clear I do video production. I plan on starting a blog for that as well so keep an eye out for that.

When I'm not doing my job, I'm gaming. Yes, I do feel a little guilty sometimes for doing it. I should be learning, but life without a little fun is no life worth living. But, reading is fun for me too.
A good book can take you on an adventure just like a video game. You have to use your imagination though, which can be better than what some game developer came up with. Your mind creates specifically for you. 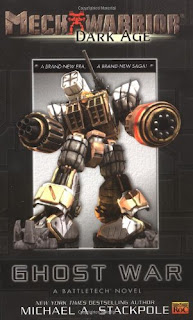 MechWarrior is based off Battletech. What drew me in was the mechs. Such a huge fan of giant robots. If I had the smarts I would be doing something with robotics. Knowing me, Metal Gears are what I'd be working towards.

I unfortunately do not know much about Battletech. It's a shame because I feel like that may be a series I could spend hours invested in. From the looks of it, Battletech is very technical. No one I know would be interested.

I only read the first novel of the Diablo series. You can be assured that I will be writing more about Diablo in the future. I have more to say about that whole series. The first time I played Diablo I lost twelve hours without realizing it. Very few games can do that to me, but Diablo did. If you have an eternity to waste I suggest picking up any one of the three titles. 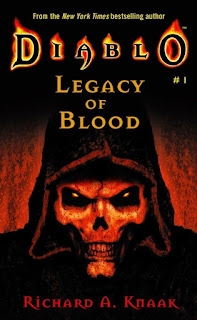 The first novel had nothing to do with the stories of the games. It was an original story based in that world. Story was forgettable along with the characters. I felt obligated to read it because I couldn't get enough of the Diablo lore. Only hardcore fans would appreciate the book.

I used to spend a lot of money on Magic cards. If you have read my previous post, you would have read about that and how I have stopped collecting.

Fat packs were a good deal back then because they included the novels. Wizards of the Coast decided to discontinue their novels based on their current block recently. Kind of a bummer for fans since it was a great way to get more story out of the cycle they had out at the time. 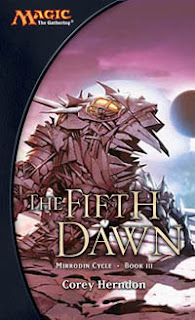 Mirrodin block was where it all started for me. That block holds a special place in my heart. Most of my purchases were from that block. Feels like forever though since I have read the novels. The next two in the series I read as well till I eventually stopped playing.

I read all three and even if I can't remember the stories I know I enjoyed them. Knowing they are gone makes me want them more.

Currently WotC has moved away from block novels and are pushing their Planeswalker novels. Even if they aren't about the current plane Magic is on now. I feel like Magic has moved on to everything being about their core Planeswalkers. I don't play anymore so it doesn't bother me.

I must admit, I love Resident Evil novels a lot. An insane amount. The author S. D. Perry did an amazing job writing those novels and has inspired me to write a book someday. I let her know on Twitter and she even wrote back. Such an awesome person to reply to someone who is talking about a book they wrote almost two decades ago.

The novels are easy to read and follow the games story as close as possible. They are novelizations of the games, so they won't be much different than what you already know. They do add some more details to the stories that you don't get with the games. She added more details when it comes to character’s point of views. For example, the little girl in RE 2. We get to read about how she felt when the world around her was falling apart.

Her original stories, that are not canon, are as good as the ones based off games. There are only two, but I recommend any fan of Resident Evil to read them. If you didn't know they were original stories you would think they were part of the timeline.

I do not have a favorite out of the novels. Each one is a good read. Best part is they are not hard to find or expensive. All RE fans should own them.

My goal to read more

Like I said in the beginning, I plan on reading more. Video game novelizations will be my break away from the more technical stuff I read already.

Writing my own book has been a goal of mine for a while. Personally, I don't feel ready.

That's how I felt about this blog though.

As with everything else I have done before, there is nothing to it but to do it. I wouldn't be making videos or writing this blog if I didn't just jump head first in to doing them.

With all the reading I am doing hopefully it will help me become a better writer.

I suggest brandy or wine to pair with your book. If you smoke, add a pipe to accompany your drink. Be sophisticated as you read a book based on a video game.