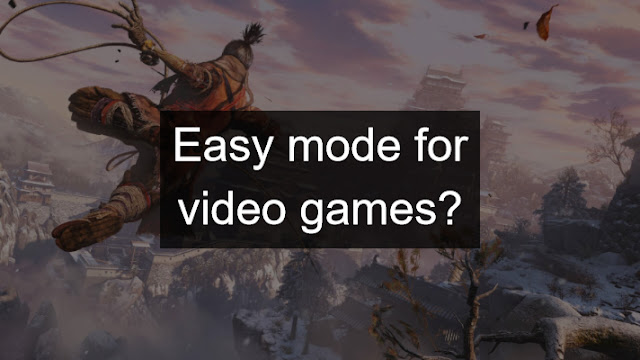 Sekiro has been causing a stir with the video game community due to its difficulty. Some have called for an "easy" mode.

There appears to be two camps. One is dealing with it. The other is the game needs to be adjusted for skill. I am on the fence.

I can't have an opinion on a game I have yet to play. However, easy mode is not out of the question. I guess people forget Devil May Cry 3 received the same treatment.

I don't know about you, but I want to be a badass like Dante. Badass guns, cool sword, and that leather jacket would make a statement. Also, his quips are spot on.

I'll give the first three titles in the franchise proper time for a review of their own, but for now, let's talk about the unlockable easy mode. Die three times in normal mode and you unlock easy mode. When I was working at GameStop, I checked out DMC 3 and remembering hearing about the insane difficulty North America got. According to the Devil May Cry wiki this is true. 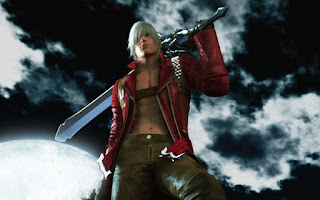 "It should be noted that in the original North American release most difficulty levels were shifted by up one, making NA 'Easy' equivalent to Japanese 'Normal', NA 'Normal' equivalent to Japanese 'Hard', and NA 'Hard' being a unique difficult that would later be known in the special edition as 'Very Hard'. The Special Edition release returned to consistent difficult mode names across all regions."

There are plenty of retro video games that have insane difficulty. Contra comes to mind. Is it unfair for gamers to ask for a difficulty level that suits their skills better? Not at all. Video games have offered easier difficulties as far back as I can remember. Some people want to play through a game with a mild challenge and enjoy the gameplay. Unlike others who embrace the challenge and earned bragging rights.

I'm in the middle. I enjoy a good challenge, but I won't sit forever trying to master a video game. My beer will get cold in the process.