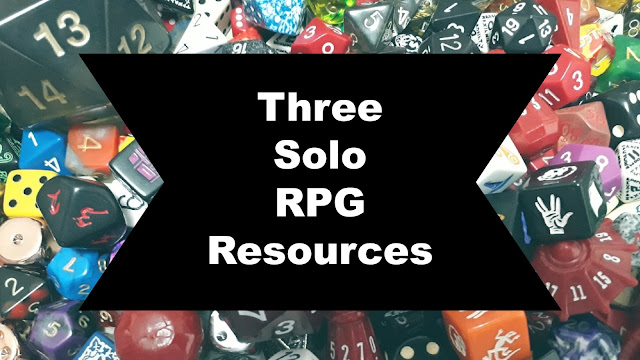 Playing an RPG solo can be difficult. It doesn't have to be with these suggested resources.


I admit that I do not get out as much as I should. It can be difficult some days to leave the house. Especially now that the weather here in Texas has just gotten bad. Not that weather influences my decisions anyway. I do not mind being introverted.


Some say I am missing out and I agree to a certain point.

I have played DnD 5th edition online using the site https://roll20.net/. There is something missing when you do not have that human interaction. I played groups with people all over the world. The problem is you do not know these people and sometimes the group does not always get along. It is easier to leave an online chat versus in person. Instead of meeting faceless people, I would rather play alone.

The people I do want to play with have no interest in roleplaying. I understand. Not everyone wants to. I am not always up for going out to game shops either.  While researching I have found games designed for solo play or even solo play variants.

Luckily there are a lot of resources for solo RPGing.

By far the greatest resource is  https://dieheart.net/. I stumbled upon this blog in search of how to solo RPGs. I cannot give this blog high enough praise. The blog itself has useful information and that does not include the weekly newsletter. Without either I would have never known that others are out there interested in role playing by themselves.

A useful tool that I am still learning to use is Mythic. It is a DM emulator to be used as a standalone tool to create a world or be used with RPGS out there now. Mythic is used to learn more about your campaign through asking yes or no questions.  It is no different than asking a DM. Here is a link that best explains Mythic, http://thelonecrusader.com/is-the-mythic-game-master-emulator-the-holy-grail-of-solo-roleplaying.

I have not used it enough to give it a review, but I can say I see myself using it. Without a DM you can easily work in your favor. No one is there to govern your rolls and rerolls can occur when it is convenient. Before you know it, you may end up just writing a story versus playing a game. With a DM emulator that may help prevent that from occurring.


Books to get your feet wet

The book series Fighting Fantasy does not play like traditional RPGs but it is a good substitute. The series is a choose your own adventure but with some character creation and inventory to keep track of. Each book is worth multiple playthroughs and with such a huge library there is a lot to be done. Steve Jackson is tied to this series so that should give you more incentive to check them out. 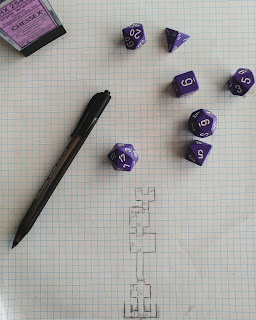 It can be weird at first playing by yourself. But, it can be done. My advice is to keep from rerolling when things do not work out the first time. That is a slippery slope that leads to more “cheating.” You can play any way you want, that is some of the appeal of RPGs but do not let that be an excuse to disregard the rules or logic.

There is no challenge if everything is in your favor. You must be DM and keep everything in check. There must be a sense of danger to keep the campaign interesting. For me solo roleplaying keeps my mind constantly thinking of new stories. I make short films and telling stories is what I am all about. Roleplaying gives me another creative outlet. I also enjoy reading but now I can interact with the stories and influence the outcomes. For those this still hesitant, I say just do it. Give it a few tries before you decide whether it is for you or not.

Beer works well with solo RPGs. I suggest a light beer. Bud Ice works well too. Depending on the situation, whiskey can be substituted. When things get tough, a fine Canadian whiskey can help with decision making.