Lion King on Genesis: It only took 20 minutes 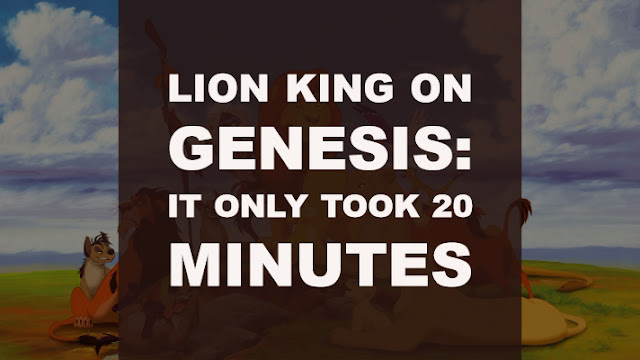 It only took 20 minutes of playing to remind why I hate this fucking game.

With talks of the Lion King live action movie coming out as of recently, I decided to give this game one more chance. Big mistake.

Where it all started

Like any other 90's kid, I saw Lion King super young. I had to have been 5 when I first saw it. What a classic. Without a doubt one of the best-animated films of all time. An all-star cast, beautiful animation, catchy songs, and overall a wonderful story. The first film that made me cry. I doubt I am the only one to admit that. The movie holds a special place in my heart. I can still remember my grandma popping that VHS in and sitting down to watch it with me. 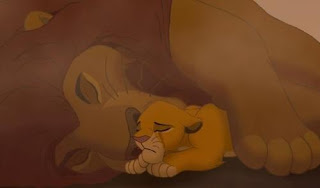 If you know by now I had a Sega Genesis when I was a kid. Plenty of time spent playing some of the best titles on the Genesis like Mortal Kombat 3, Sonic 2, and Vectorman. I'm not for sure, but I believe Lion King was in that bundle of games that came with that Genesis. 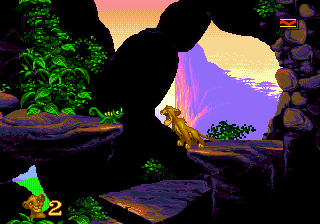 Like the movie, Lion King the game looks amazing. To my surprise, Westwood studios developed this game. Hats off to them for making a game true to Disney's style. You would have thought Disney itself developed the game. The color palette chose is a close match for the capabilities of the Genesis. Take for example the second stage with giraffes. When the colors transition it's almost watercolor-like.

Young Simba's roar sounds clear and very similar to the movie. Hyenas are a bit off. I am glad the music is fitting. Unlike other video game inspired titles, the music here sounds like it belongs. Not some generic chip tune the sound designers had lying around thrown in last minute.

Let's go back to the roar. You can use it to stun enemies. Or, what I think is genius, as a means to solve puzzles. When I got to the giraffe level last night I had trouble with some monkeys in a tree. Simba has to bounce off a rhino tusk into the arms of monkeys in a tree, then they toss you from one another in a determined path. The last monkey throws you onto a platform on a tree branch. 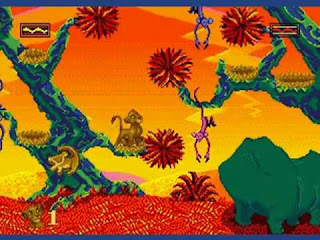 Over and over I kept going in a circle. Out of frustration, I roared at a monkey, this should have been obvious, differently colored from the others. The monkey changed directions. I hopped back on to the rhino and this time, the different color monkey threw me in the opposite direction. AHA! My 28-year-old mind was blown. Other than that the controls are solid. Never was I floaty or like nothing connected correctly. Find the rhythm of your timing and you should be fine. Should be.

Looks and sounds good, but how is the gameplay? Like any other platformer. Nothing about this platformer shines. You play through the movie reaching new platforms and beating bosses. Find your rhythm and you'll be fine. Level design is straightforward. No backtracking. That I know of. I'm sure there are secrets. What game doesn't have them?

Bosses need bashing like any other platformer. The first boss gave me trouble till I figured out you have to wait till it's having an asthma attack to pounce on it. Little details like that make it interesting. Breaking away from the traditional platformer boss model, "Once they land, hit em'."

It's 1995 and my uncles are playing Lion King in the living room. A herd of wildebeests stampede on screen with Simba racing across the top of them to safety. Pause.

One of them hands me the control. Why? Hell if I know, I'm 5. They leave the room because for whatever reason they are done with the game. I squander all the lives they gathered up to that point and reach the GAME OVER screen. With a pitiful looking Rafiki onscreen I am directed back to the main title screen. I learned a valuable lesson that day. I fucking HATE the Lion King game.

Petty reason to hate on a game many love. So what? If you're new to the blog then you don't know me. Read a few other posts and you'll get to understanding that I suck at most video games. Doesn't mean I don't enjoy playing them. But, if they are difficult I usually quit and never return. Looking at you Donkey Kong Cuntry. 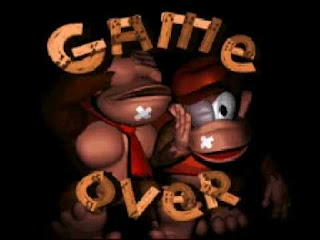 After playing last night for 20 minutes I remembered again why I hate the game. That bad memory came rushing back along with my lack of skills.

Lion King is an outstanding game I recommend revisiting to help with walking down nostalgia lane. That's what my generation does right? Think everything current sucks so we have to constantly look to the past. Maybe I'll start another blog where I bitch about current trends and go through my quarter-life crisis shaking my fist in the air like an old angry man via blog. Fun fact, I love watching old commercials and kid's shows on Youtube. Big shoutout to retrojunk.com.

If you are like me and saw Lion King when it released then you are old enough to drink. I recommend tequila for this game. Because all those feelings of sadness will come rushing back once you picture young Simba tugging at his father to get up. Damn, I might cry right now at the thought. And for whatever reason, tequila seems to get people in their feels. 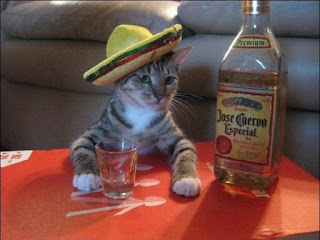