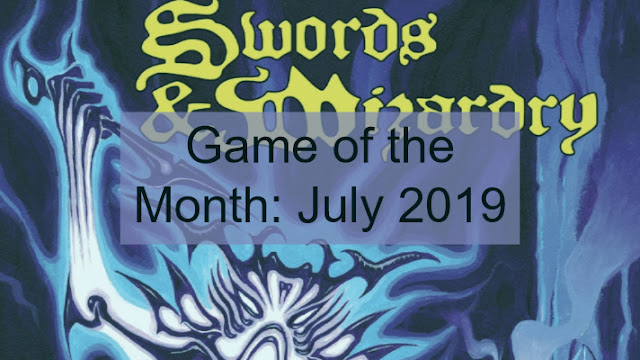 Game of the month for July is..Swords and Wizardry.

How's it going? Miss me? I hope so. Swords and Wizardry has been my go-to for a while now. Simple and free. That's why I am selecting this game for .

Here's the thing, I started playing solo before I talk her into . I'm still amazed by how she pick up the concept and run with it.

How often do we be someone else?

You forget how creative you can be when you go day by day on auto-pilot doing the same boring tasks. Wake up, work, come home, eat, sleep, die inside, and start all over the next.

RPGs give us the opportunity to get out of this world and enter one of our own creation. And in my girlfriend's case, take the path of most resistance and turn non-conflict situations into bloodbaths.

If you read my post about the first adventure playing this then I won't have to go over again why this game is awesome.

You can find it here.

Just know since that first adventure we have had plenty more. That original campaign has continued on and off for months.

You want to know the secret behind keeping a campaign going even though sessions are far and between?

Tons of notes. Write a damn book if you have to.

Just joking about the book, but not about tons of notes. Sessions become rare as time goes on. Real-life seems to keep us from enjoying our fictional one. 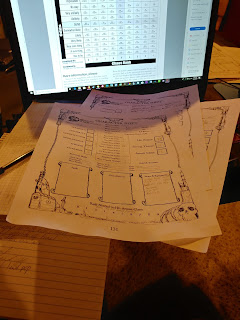 What I found to be useful is taking notes about everything. Those familiar with Mythic will know about taking notes at the end of a scene.

You don't have to write in detail about every action that took place during your session. But, write an outline of the important things that happened. As a GM, this helps with keeping track of the story and characters. I love to add NPCs and this is how I track them for later.

Summarize the session in sentences. Highlight awesome deaths. Like someone ripped in half. That a lot in my games.

Give Mythic a chance

Take a load off and pass load-carrying to Mythic. During campaigns, I am both GM and a player. What helps me do both is the Fate chart.

What happen next during the adventure is just as much as a surprise to my player as It keeps things interesting and has me on my toes.

Plus, GM hate is taken away from me. Not everything is my fault if the fate chart decides the outcome most of the time. , Mythic is the GM.

You can find Mythic here.

Have you played Swords and Wizardry?

I enjoy it being rules light. Is there another OSR I should I have some D20 I need to write campaigns for. We started a 3.5 rules Western theme D20 book that had one session, but we pick up where we left off.

There be a final boss fight that I had planned. That campaign might as well for another First Adventure post.

, what OSR should I play?

Shiner Day Quencher has been in the fridge for most of the Summer. Those looking for a light beer that like Shiner, give this one a try. 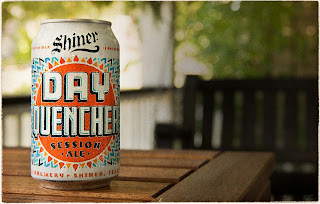