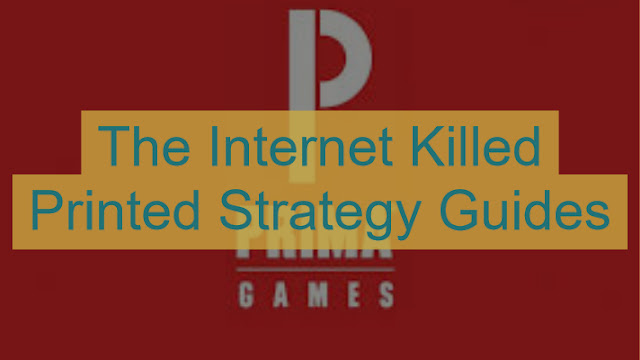 Remember Prima Games? Long before the Internet, especially YouTube, strategy guides were one way to get your walkthroughs, cheats, and charts.

Last week I was going through a box of old stuff I had at my girlfriend's place. I had not seen those belongings in years. Completely forgot about what was in the box. As I went through, this heavy tome was at the bottom. It was the strategy guide for Pokemon Omega Ruby.

It got me thinking; what happened to strategy guides? Oh yeah - the Internet happened.

Prima started as a one-man publisher based out of a home office in California 1990. Thank you, Ben Dominitz, for your dedication to the advancement of gamers. It was through his work and partnership with Rusel DeMaria, senior editor for PC games magazine, that Prima game strategy guides were brought to fruition.

The first book published was "The Secrets of the Games." After that, a contract for five more books was written up and from there it was history.

Unfortunately, Prima games will be shut down Spring 2019 as reported by Electronic Gaming Monthly in November 2018.

This should come to no surprise. What good are strategy guides when the Internet has all the answers? For me, on a personal level, a part of my childhood is dying.

In my hands laid all the knowledge I needed in what appeared to be a tome of infinite facts and charts. Instead of a dusty old tome covered in spiderwebs and ornate covers, it was high-gloss paperback. I used my Pokemon strategy guides so much the spines gave out and pages became loose. I had the Pokemon Red - Blue - Yellow and the Silver - Gold - Crystal books. 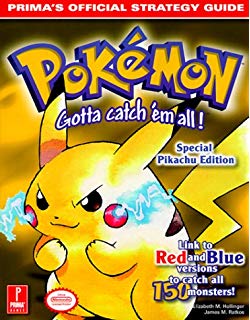 Final Fantasy 4 was another classic strategy guide I used to navigate the world, speak to every important NPC, and find all the items in-game.

Not only did you get all the valuable information, but there was the added bonus of additional artwork to go along with the game. I flipped through other books thousands of times. I wish I could remember all the ones I had.

PSM, Electronic Gaming Monthly, Nintendo Power, and Game Informer. Oh, Game Informer. As a former employee of Gamestop, I cannot tell you how many customers I got to sign up for that magazine. You saved an additional 15% off used games with your annual subscription. For $15, it paid for itself in the long run.

I think I have a Game Informer lying around somewhere near me right now. Physically holding something versus reading online is more rewarding now. Everything is digital. I'm just an alcohol drinking nobody writing about games from my childhood. Game Informer has legitimate video game journalists writing exclusive content about upcoming games. Talk about a dream job.

I hope I'm not alone, but I enjoyed the submitted fan art that was accepted and printed in the first couple of pages of the magazine. Whatever terrible fan art I drew - I can't draw to save my life - is lost to time.

Then there were the cheat codes at the back of the magazine. Rarely did I have the game the magazine that month had the cheats for. And when I did own the game it was too late. I'm certain my mom had thrown away the magazine months before I owned the game.

I wouldn't need to show my ID at a bar if I had a cheat code book on me. They would know I'm old enough because I can recall what kind of book that is.

Cheat code books were the best way to get more out of the video games you owned. Before I knew speedrunning was a thing, I remember creating my own specific rules to beat games. Have more lives at the end than last time or have a higher score. 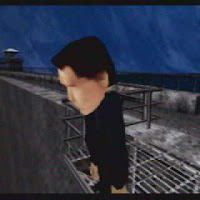 I would revisit games I owned - armed with cheats to get some spark of joy again out of them. Big head mode on Goldeneye sticks out for me. Level skipping for levels I couldn't beat. Twisted Metal 2 cheats, of course, were used. Infinite lives, health, and ammo.

God mode on any game that had it was definite.

Those books upped the replay value for my collection. The original pay-to-win.

Welcome to the digital age. I want to give a huge thank you to all the gamers that took the time to write out guides. For what? Recognition? Or the love of the game?

Final Fantasy 7, Killer Instinct, and Super Mario World are the three that I am most grateful for. GameFAQs is one of those sites that remind us what the internet is for. The sharing of information.

These writers went in-depth that saved many headaches for me and an infinite amount of other people. I imagine GameFAQs is like the playground after school where everyone is sharing information on how to beat a boss or level.

You can't figure it out, but some other kid read Nintendo Power and has the answer you need.

The evolution of GameFAQs, or strategy guides, is YouTube and Twitch streamers. Tons of streamers out there already picking apart video games and showing us all how to get the most out of them.

When Battlefield 1 came out, I was all over YouTube picking up tips on how to improve. FPS are best explained visually. However, an RPG like Pokemon is better with charts. Catch rates and item lists.

A day after Resident Evil 2 Remake came out, I watched a streamer get an S-rank. Instead of playing and reading as I went, it was easier to watch someone else. I spoiled it for myself.

I think publishers understand it can be a waste of money to have anything printed anymore. Digital is here to stay. Some might argue that deluxe or exclusive editions contain print strategy guides and it's not going away.

I'm not. There's GameFAQs. There's a streamer that has the answers already. I have enough books piled up I haven't read.

Crown Royal on rocks. Take a sip for every book you read, every GameFAQ you clicked on, and every cheat you used.
Not responsible if you get alcohol poisoning.