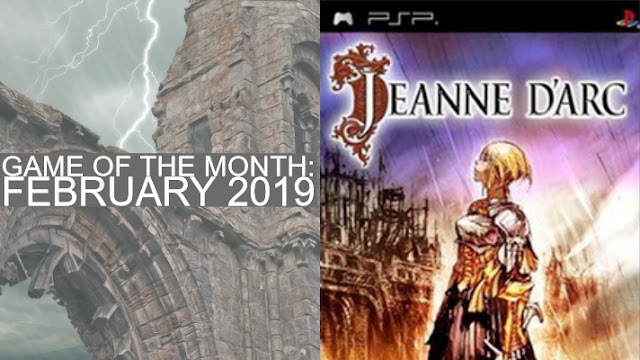 This month has been a slow month for gaming. The only game I've touched is Jeanne d'Arc on PSP.

February hasn't been cold here in Texas. Except for today, the last day of the month. It's freezing and raining and stupid outside. We Texans don't handle cold rain too well. Fortunately, I'm writing this from the warm, comfort of home. This month has been a challenge to set aside some time to game. I guess it's a good thing when work starts rolling in.

What sparked the memory of JDA is kind of odd. My girlfriend started Game of Thrones from the beginning as a recap to get prepared for the new season.

Here comes the hate, but I'm not into GoT. Never been. I'll watch when she is. Passively.

There's a character that caught my eye because there was something about her I couldn't put my finger on. Brienne of Tarth stuck out. A cross between a female knight from Final Fantasy Tactics and a character I forgot existed, Jeanne d'Arc.

Years ago, I had a Star Wars black and white Darth Vader themed PSP. I loved that damn console. Especially when the guy from the bank two buildings down from the Gamestop I was working at modded it for me.

I didn't have the means at the time to mod my PSP. I knew how to do it. Just no way for me to do it myself. The guy walked in one day and my manager started talking to him about something else other than PSPs. He brought up modding and pulled out his PSP. One thing led to another and at the end of my shift I had a modded PSP too.

All those iso's were mine!

JDA was one of the first games I downloaded. Unfortunately, it was digitally shelved immediately once I found War of the Lions.

FFT raised the bar high for tactical roleplaying. JDA couldn't match the joy I got playing tactics. However, GoT reminded me JDA exists. I haven't put much time in the game to give an opinion. Instead, I'll lead you towards every other review on the internet. IGN gave this game 9/10. Worth it. They all give this game high praise. For the small invested time I do have, I agree as well. 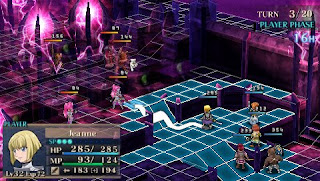 Graphically stunning for the PSP. I prefer Final Fantasy's art style over most games. You can't deny JDA has a similar look. Gameplay is similar but most people will agree that is easier than Tactics.

For those dipping their toes into SRPGs, then I recommend JDA.

Since Jeanne d'Arc is based on Joan of Arc, what better drink to pair well with than a French favorite, Absinthe. If you die, you die. 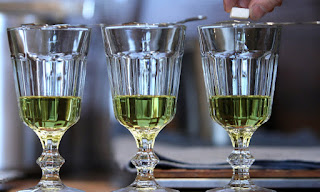