Die Hard Trilogy: One out of three ain't bad 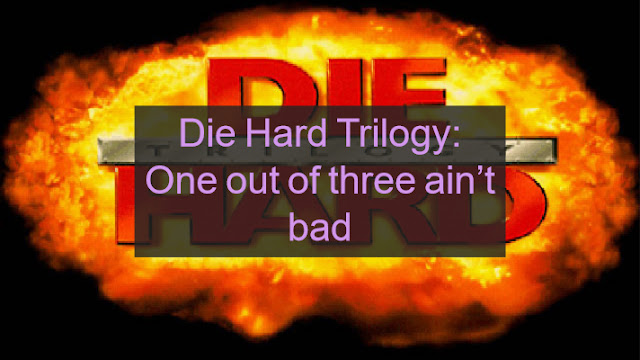 That's right, we are talking about Die Hard Trilogy for the PS1. Strap in because this ride will be somewhat safe and not that crazy because I must admit something. I have never actually seen Die Hard. Enough parts to know what it's about. (Read that last sentence with an upward inflection.)

Some movie buff I am, huh? Well what can I say? It was before my time. The movie was released 1988. I was born in 1990. So, sorry if it's your favorite Christmas movie.

Anyways, let us get into this PS1 classic.

Released August 31, 1996 by UK developer, Probe Entertainment. Lead programmer Simon Pick chose the PS as the lead platform because he felt the PS was the strongest console to handle the game.

Originally the game was meant to be the Die Hard Vengeance portion as a standalone game. Fox Interactive wanted all the Die Hard movies to be represented, so Probe Entertainment was left with developing the other two games.

Die Hard Trilogy was met with positive reviews. Mostly due to it being three games in one adding to the value as a whole. Its highest claim to fame is Electronic Gaming Monthly naming it the action game of the year. Other than that, most major review sites gave it an average 7/10. It even made the greatest hits collection. Not bad.

Die Hard Trilogy is three games in one all linking to one of the movies respectively. Each game doesn't have legs to stand on its own. As a collection it works in their favor. I consider them more of expansive mini games. 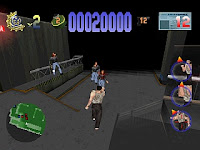 Third person shooter inside of Nakatomi Plaza. If you're familiar with the NES Die Hard than you know what this is about. Except I actually like this game. Out of the three this was my favorite. 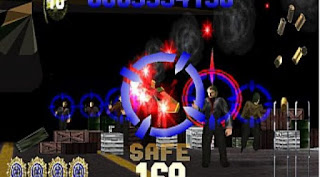 Die Hard with a Vengeance 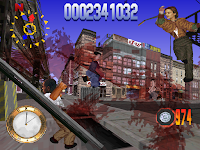 This might be my most hated out of the three. Think of Crazy Taxi and Driver but instead of making a good game, you get a hard as shit dumbass driving game.

1996 was the year of polygons. Moving to the 3D world outside of sprites was a weird transition. The PS1 was so muddy. The textures were horrid. Die Hard is the darkest game of the three with Vengeance being the brightest. At least with Vengeance you could see clearly how bad it sucked. Do they hold up? Not at all. But that's fine. I give it a pass.

Die Hard was difficult but not because of its controls. The game was just tough. The other two handled horribly. Without a lightgun you have no luck of succeeding without hours of investment. The car in Vengeance handles like a bar of soap in a tub. If you ever played Twisted Metal 2 using Sweettooth than you would understand.

No idea what it sounds like. Never had the TV volume up when playing. Probably sounds like garbage being burned.

Overall, only Die Hard is worth playing. If you got this far than you understand why. Or at least my why. Each one is its own game. The descriptions I have given so far should give you an idea of how they play. Not well.

I love this game because of nostalgia. That's the only reason why. I remember late nights with my cousin trying to beat this game. Never seen Die Hard and don't feel like I need to in order to appreciate this game for what it is. Three smaller games trying to be bigger than what they are. It is impressive what the developers made with limited capabilities of the platforms they had at the time.

A fan of the franchise may enjoy this game even today. As for anyone else to go back and play Die Hard Trilogy, I don't see them lasting long.

What I recommend drinking with this trilogy is a light beer. Something American. Something cheap. Grab a stone for this one. A Keystone.