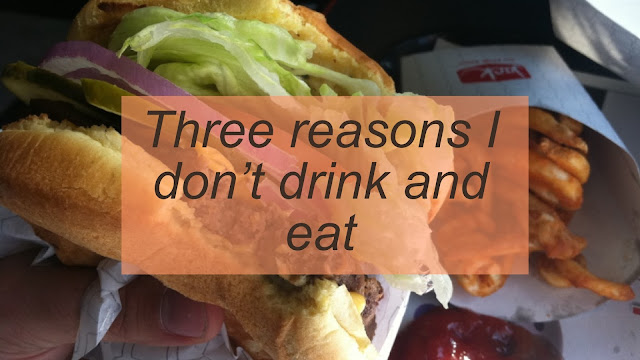 One or the other!

I'm here writing this two tall cans in of Lone Star while eating tortilla strips from my dinner take out earlier. Sidenote, Tex-Mex is my shit. I love it. Lone Star has become my new favorite beer. Smooth and cheap.

I don't like to mix my beer and even more so my liquor with food. Here comes another list post. Fuck it, it's better than not posting, right?

Beer tastes fucking gross with food. Right now the taste in my mouth is pissing me off. Weird because everyone else eats with their beer. How you might be asking? Fuck if I know. Beer should be enjoyed on its own. Brewmasters crafted their beer on its own and not with peanuts or any specific meal in mind.

Drinking leads to eating like shit. Mostly after. You're more than likely going to eat horribly the next day after drinking, so skip one extra by not eating with your meal.

Poor diet leads me into killing your buzz. Food messes with it so don't do it. They say the most important meal of the day is the one right before drinking. It's true. Eat, but not so much. Enjoy some of that buzz and don't kill it by eating with your drinks. Defeats the purpose.

To each their own, but I'm sticking to food or beer. Not both at the same time. Especially if I get drunk and vomit. There's going to be a bigger mix once food is involved.

In fact, story time! One time time at a house party, I was around ten Coronas deep, bear in mind I had just finished a sirloin burger meal from Jack in the Box before coming to the party, and I was having a conversation with someone in the kitchen. We were by the sink, conveniently, talking about God knows what when I said, "excuse me," bent over the sink and proceeded to vomit a literal fuck ton. I tried to rinse out the sink by leaving the faucet running. Big mistake. The thing about a sirloin burger and curly fries is that it takes awhile to digest. It's quiet heavy. I say this because the sink got clogged. The drunk asshole that I am, I left it. Didn't bother to fix the problem, instead I asked the person I was talking to continue the conversation with me outside. We drunkenly walked to the backyard together.

Kind of a long winded way of saying fuck drinking and eating.