I Don't Get Minecraft 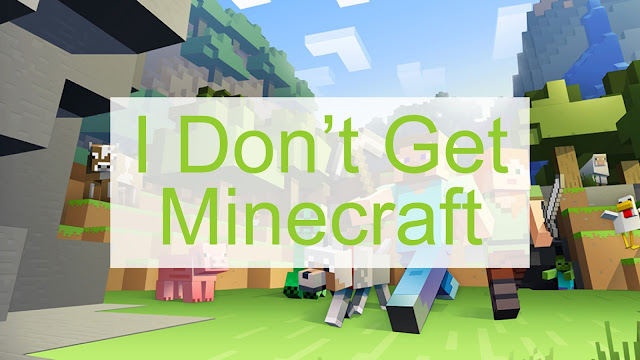 I don't get Minecraft.

I'm not too old for it because from what I see, the game appeals to every age. I've seen men older than me enjoy it. Gaming doesn't have an age, but you would think it's more of a kids game if you look at the marketing of the franchise.

Feels like kids are the main target for Minecraft merchandise. Nothing wrong with that. I've played, and I can see how children would be drawn in. I think it's good for them to get away from the more violent games and do some world building. I'm all for creativity. From those that have read this blog before, you know I'm a creative person.

But I don't get the game. As in it's not a game for me. There doesn't seem to be a clear objective. Not every free roaming game clicks with me. GTA for example doesn't work for me. There are very few that do.

Tony Hawk's Pro Skater 3 is the first and only game that I can put on, go in to auto-pilot, and lose track of time. Diablo on the other hand has objectives. There are goals to be met. THPS 3 can be played free skate. The majority of the time spent on that game was creating a level then skating the hell out of it.

Story time. I picked up skateboarding because of THPS 3. But didn't that franchise make all kids think they could be the next skateboarding messiah. Then you realized falling and busting your ass hurts and not having insurance don't help. My parents would have left me with worse injuries if I had a doctor bill for something broken. Also I really wanted to be Rodney Mullen. Not just because I didn't have access to a half pipe, or skatepark, but his street style amazed me. Plenty of times I hurt myself emulating this God. 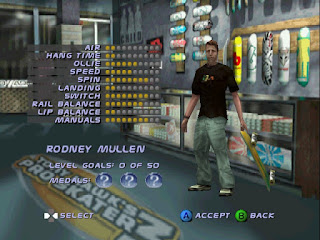 Back to Minecraft. The game of mass appeal. I heard somewhere that the highest earning Youtuber was a Minecraft player. I'm not even mad. Good for them. Two things in this world are guaranteed to make a draw, anything adult and anything for children. Opposite ends of them spectrum, I know. But like the saying goes, "sex sales and so does kid's toy unboxing videos."

What impresses me is the huge worlds that are built. I saw a video of Midgar from FF7 be recreated. The level of patience is admirable. I'll tell you now, ya boy ain't doing that. Sorry, but it should come to no surprise the guy who drinks, and games doesn't have the patience to build a world out of blocks. Not for me.

There's nothing appealing about the minimalist art style to me. It's a knockoff of a retro look. Before the hate pours in, I say retro because it reminds me of 8-bit styling. Not much detail but you can discern what is what. For what the game is, the graphics are a must. Ten years from now a HD re-release won't be necessary.

Gameplay is what it is. It's an original game that has a cult following for its minimalist approach to gaming. Open world that you can build to your liking. I saw my girlfriend's eight-year-old nephew play online multiplayer. What they were doing was bonkers. Block people trying to knock other block people off towers. There were swords and bows and madness. I'm thinking to myself, "why the fuck is he playing this when he has CoD WW2 sitting right there?"

People like what they like, and I'm not here to bash it. Well, this time. Punch your trees, kill griefers, build your cabin, and more importantly....