Video Game Hate Mail: Where Did It Go? 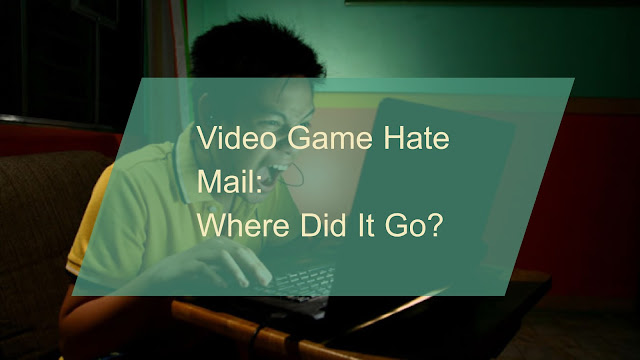 Where did all the hate go?

Its been forever since another player has messaged me telling me how bad I suck at a game or how I play like a scrub. I have never gotten so mad that I've had to express myself via text to someone I've never met. It's a game.

Random irate player, what is going on inside your head right now?

What a weird time that was.


The dark ages of online play

I remember when I got my Xbox 360 and first started playing online. All my friends had 360's and I wanted to mix it up since I had a PS1 and PS2 previously.

Halo 3 had just been released and I was lucky enough to get the last 360 in town that just so happened to be Halo themed. I was late to the party and got my 360 during tax season after Christmas had passed. 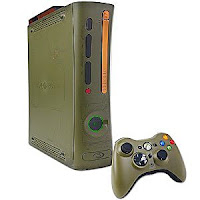 I settled for the lower capacity hard drive not realizing till later that was a huge mistake. I'll save that for another time.

What is it with Xbox's online community? Like seriously? WTF is going on over there. Is it all the immature kids and teens that ruin the experience? I had to mute everyone during Halo and CoD modern warfare.


I may not be a FPS god, but trust me kid, come meet me on vanilla SF4 and see if you still talk the same while I'm handing you back to back spinning piledrivers from a scantily clad, muscle-bound, vodka drinking, bear wrestling, Russian wrestler.


During the 360/PS3 era I feel like there was much more hate going on. I got my occasional, "You play like a scrub, if you didn't have such long reach I'd wreck you!" messages. 360 was much worse.I'm comfortable with my sexuality, but at times I put it into question from how many times I was called a particular slur.

I was thinking my uncoordinated skills may have been influencing my orientation. Or at least that's what I was led on to believe by 12-year-olds.


I moved onto the superior machine, the PS3, eventually. What I noticed was how quiet it was. No one was ever on the mic. Rarely did I get hate mail. When I did, it was more articulate as though the hater thought it out with a planned outline.

Obviously my opinion, as is everything on this blog, but I feel like the Xbox community is more of a younger crowd which in turn leads to immature people.

Not everyone of course.

All the memes of shit talking kids always show kids playing an Xbox.

This type of thinking is dangerous; but, from my own experience, kids gravitate to Xbox.

That says nothing about the adults that choose to game on the system. I would imagine they agree with the statement about immature kids on there. Not saying that influenced my reason to jump ship and move back to Sony. It was more of a plus of not having to hear a bunch of obnoxious teens over the game I was playing.

I was an obnoxious teen myself so I'm not getting on my high horse. It's not their fault. We don't realize how bad we were till we are older trying to pretend we didn't do all the embarrassing things everyone else seems to remember so vividly.
I have owned my PS4 since December 2016. The only thing in my inbox is spam.

But has the online community matured?

Maybe I'm not playing the right games or maybe it goes back to how I don't listen to video games anymore. I'm not getting any messages either.

Is it possible that I have become a better player thus warranting no hate mail from poor gameplay or because of not carrying my weight in cooperative situations?

Not at all possible

I still play drunk and or buzzed as ever. I may have improved some, but I'm not earning MVP unless it's Hawken on PS4. The only versus game I'm godlike on.

I'm not here asking for hate, just asking what has happened in the gaming community that has shifted to a more passive approach. 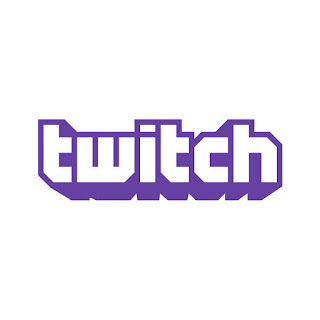 Twitch and YouTube has made gaming into a money making endeavor. Why hate when you can gain an audience that now lines your pocket. One of the largest YouTube channels is a Minecraft playthrough. Twitch has everyone scrambling for followers.

Guilty, shameful plug here but I too am part of a follow for follow group on Facebook for twitch followers. In my defense I was invited.

Money and social presence might be influencing more of a friendlier approach to online gameplay. Everyone is trying to get a follow. You can't go around being a dick to everybody and expect to be a huge star. Doesn't work that way for everyone.

I could be playing the wrong game or not listening close enough. Times have changed from what I've seen. I'm thankful for it. This post was brought to you by Shiner Bock. My last post left me still buzzed after writing it.

Any have any ideas as to why there is a huge cultural shift? Leave a comment as to what you think.

I was going to link something to do with the best Xbox 360 Hate Mail, but there are so many links to choose from. Do yourself a favor and google it for yourself. You won't be disappointed.