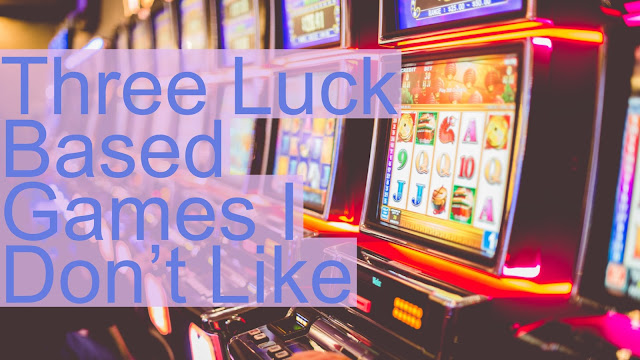 First off, I'm no gambler. I place safe bets I'm almost guaranteed to win. I've been to a few casinos and have left empty handed every time. Luck is never on my side.

I call myself a strategist, but my W/L record on most games would say otherwise. But, I feel with luck out of the equation, strategy and skill take precedence. Chess is a prime example of those two combining. I'm not good at chess by the way.

Classic family board games like Monopoly or Sorry probably have some hidden strategy to them; I won't find out myself. What I do know is they are heavily based on luck. The roll of a die or luck of the draw. This isn't Yu-Gi-Oh, so I don't believe in the heart of the cards. Doesn't stop me from saying it.

Three games come to mind that I don't like because luck is involved.

Classic Battleship by Hasbro. A few weeks ago, my girlfriend and I pulled that game out from the closet. As we watched Shameless we played a single round of this classic naval combat game. We don't have the fancy light up one, so we pretended in our heads we could hear the missiles hitting and the sounds of dying men. Or at least I did.

For naval warfare, the pace is unbearably slow. You just call out from the grid in hopes of hitting. Not much fun. If you hit, great. Now try to guess where the rest of the ship is. You have a whole wide-open ocean to guess from.

It's not until late in the game once the board is filled with all the pegs that you can narrow down where your opponent is. By then you and your opponent are playing the guessing with fewer options. Kind of like playing Go-Fish.

You could go in order of rows or columns as you call out your strikes. The more traditional way is to just call out random spots. Maybe sticking to the four corners and working your way in could be best.

Regardless, Battleship is boring. Play Battleshots instead. 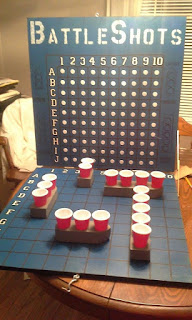 As you know I love Pokemon. What I wish more publishers of card games would do, is be more like The Pokemon Company and use codes to redeem cards online.

Wizards of the Coast have it backwards with their online model. You have to have full sets before you can redeem physical cards. It's expensive to play online as it is, let alone having to have full sets. Not worth it. That entire experience isn't worth it from a price standpoint.

Back to Pokemon. Compared to Battleship there is some strategy. You pick your teams carefully. Decks are combed over like MTG decks.

The problem is having to flip a coin. That's the part I hate.

You could create all these strategies with cards that have a natural synergy to them, but with a few flips of a coin you lose key Pokemon, or worse, the match. That element should've never been in the mechanics of the game. Luck could be on one player's side and the match is now in their favor.

I understand that there is a huge competitive scene for the series that is still going strong. What I don't understand is how. Especially for the older competitors.

For the love of the game, I guess.

I'll admit that I tried to get back into playing once online tournaments were announced. The PTCG is by far the easiest and least expensive TCG to play. With the codes that come with buying physical cards, you are able to play online with them as well. For someone like me who was coming from Magic, this was a blessing.

Insider tip for those still interested in playing PTCG, buy codes from eBay sellers. I would get complete decks from people that bought the physical cards but chose not to play online. An inexpensive way to get tons of cards. That was what made it worth it for me.

But with coins being flipped, I'm not sure I can take the game serious enough to invest much time in it. I do enjoy all other aspects of the game.

My top 3 tins when I played

Not all luck based games are bad

I don't really hate all luck-based games. That randomness of luck is what makes games not linear and boring. As with the roll of the die for DnD or any other RPG, that is what makes the game interesting. Without a little bit of luck, everything becomes predictable as you are basically a god with unlimited potential. Not a character with flaws that makes mistakes or ends up in compromising positions.

A game like Bottom of the Ninth has luck disguised as strategy. You are guessing your opponent’s next move. There's no way of knowing. That to me is fun. You are now given the ability to bluff. Some strategy has now been inserted in the game.

Do you like luck in your games? Or does something similar to Chess interest you more. Let me know in the comments.


Enjoy your drinks, and game on.