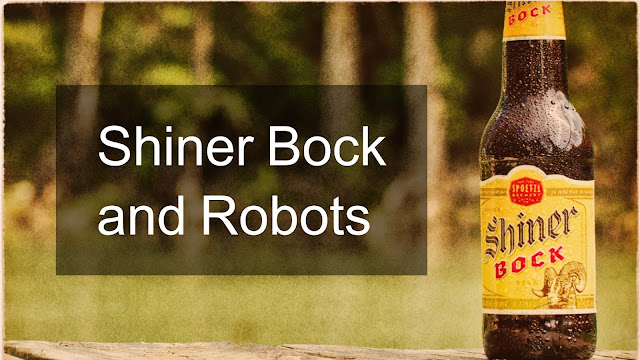 "Cleanest Little City In Texas" is the motto for Shiner, TX. A small town with a population of 2,000 people. For those that don't know, Texas is huge. I'm in the heart of Texas, the big city Dallas. There are so many small towns that I've never heard of outside of the metroplex I'm in.

But, Shiner is one I'm familiar with.

The town isn't known for much other than six Major League Baseball players and not only one of the oldest independent breweries in Texas but in the U.S. as well.

The "Shiner Brewing Association," started in 1909 by German and Czech immigrants who settled in Shiner. To no one's surprise, Shiner, TX didn't have any European beer sitting on tap waiting for the immigrants when they arrived. So, they did as anyone else would do, they brewed their own "Lenten" beer, that was only available during Spring.

Over the years, the brewery gained popularity and was looking to employ a true brewmaster. That's when Bavarian-born Kosmos Spoetzl came into the picture. He was a onetime soldier who was also trained as a brewmaster in Germany.

Part of the deal for him to be SBA's brewmaster was the potential for ownership of the brewery. In 1914, he co-leased with Oswald Petzold and in 1915 bought in giving the brewery his own name. Spoetzl being the great guy continued to call the brews Shiner Beer.

Shiner Bock is the brewery's flagship beer. The brew today has been the same since Kosmos first became the brewmaster. Made with roasted barley malt and German hops, it's no longer a Spring only beer.

Bock is one of the more sweeter beers that I appreciate. As you know I lean more towards sweeter drinks now.

Shiner is proud of its sweetness and embraces the taste without the "excessive bitterness that characterizes many micro, specialty, and imported beers," according to their website. I drink a lot of common mega-brewery beer and I can tell that this is better tasting than something run of the mill. Without the bitterness of a craft beer.

Not to say you will be blown away by the taste though. It's nothing spectacular or outstanding regarding taste, but it is a change of pace compared to most light lagers.

My only complaint of the brew is it's low ABV, a meager 4.4%. That would explain the smooth taste with little bitterness. I would prefer if they bumped it to a 5.5% or 6%.

What Shiner does as well, is seasonal beer like Summertime's Ruby Red grapefruit or this past year a strawberry brew. Shiner does stick with what it knows best, sweetness. Both are great Summertime beers I recommend trying this year.

What to pair with?

I do not see Shiner as a party drink; although, it has the characteristics as one. It stands out from the crowd in its respected light lager category.

My recommended pairing is with any baseball title on the SNES. Specifically, Super Baseball 2020. Just like Bock, Super Baseball 2020 is in a sea of common games but also sticks out. Nothing truly outstanding other than it's a game about futuristic baseball with ROBOTS PLAYING!

What also separates this game from the others is the power-up mechanic. During the game both offense and defense can earn money, by doing certain things, that can be spent on character upgrades.

The game takes place in 2020, so not much longer and the MLB will have some serious competition if the robot playing baseball prophecy comes true.

Now go drink a Shiner, enjoy some baseball, and crush your opponent with tank legged robots.