Does Online Play Bring Us Closer Or Pull Us Apart? 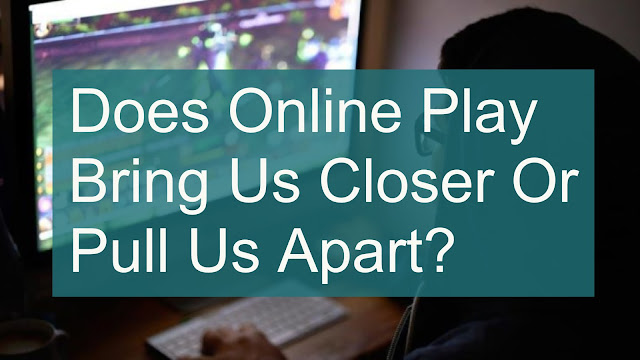 Online gaming has bridged the gap between playing with others without having to leave the house. As convenient as it may be, it may be leading to less social interactions.

I feel like online gaming really took off when both PS3 and Xbox 360 launched. The previous generation of consoles was setting up online capabilities, but they were in their infancy at the time. With current-gen consoles, we are in the full swing on online gaming.

Online gaming connects people
PC was the king of online play. But that what to be expected since they were capable of being connected to the internet, I could only imagine all the kids during the NES era wishing they could co-op a game with someone that wasn't in their home. Because having company over wasn't always an option. 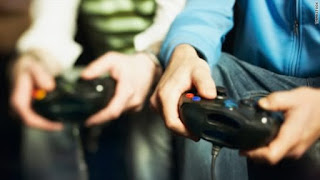 I have siblings. My brother and sister. My brother is four years younger and sister is thirteen younger. Having siblings to play with replaced the need for anyone else. An only child wouldn't have the same experience growing up as someone with siblings. Under certain circumstances, that's not the case, but that's specific circumstances. For the most part, an only child would have their parents to play with. If they are anything like my parents, then they were stuck playing alone.

For those without another player, online gaming solves that problem. You could be playing with someone across the world. I don't advise that because of lag, but whatever you could.

There are stories of people meeting online and eventually in real life. I saw a video a few weeks ago about how these two guys started playing online years ago and eventually one became the other's best man at his wedding.

Not all the time is there hate when playing online. People can connect through a mutual interest. Even if they never met in person.

Or does the lack of human company keep us apart

On the other hand, it has become easier to remain anonymous in social environments. Waiting in the lobby before a match starts is usually the part where I check my phone or go get a drink. My headphones are in so I'm not listening to whether there is a conversation going on.

Once the match starts I'm still listening to music and not the game. I get the feeling there are more players that are just as passive.

We can play with other people but at the same time, we never meet or exchange any information. I don't know anything about the person I'm supposed to trust will play to win.

I don't have to know them. I don't want to either.

Sounds rude. I'm there to play and not make friends. If it happens it happens. I play passively and get up and exit whenever. Arcades were a different experience. You met other people. It became more of a social gathering. There are still communities of people that gather at arcades to play together.

Online strips us of that human interaction. We don't have to leave our house to play with someone. But at the same time, we don't have to talk to the person we are playing with either. As an introvert that's perfect.

Unfortunately, I become more distant from the lack of human interaction. I spend excessive amounts of time in front of a screen hardly talking to people unless it's business-related. I feel like my generation is losing touch with the outside world.

Are we connecting or disconnecting?

With being online, I'm an anonymous fly on the wall that can leave anytime I want. No one will notice me gone. I can even come back when I want to. I have no obligation to stay. No friends counting on me to stay.

It may be a poor way to look at the situation, but that is what is happening.

What do you think? Have you made lifelong friends online or do you agree that we are becoming more distant from one another? Tell me in the comments.