My fear of Resident Evil 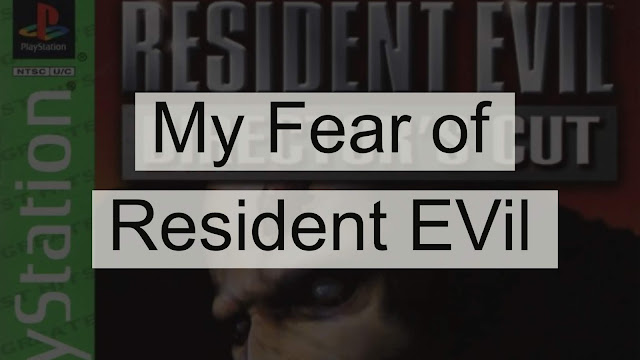 With the twentieth anniversary of Resident Evil 2 just now passing it got me thinking. That game scared the hell out of me!

I love horror. I will make that more apparent from here on. Huge fan of all things horror. Movies, games, books, and everything else. For whatever the reason may be, from a young age I have been drawn to the dark side.

My mom may have been my biggest influence. Some of my earliest memories are of me trying to sneak a peak of what she was watching on late nights. My curiosity had me peeking through my fingers to catch a glimpse of what was on the TV. Always a huge mistake.

Just because I love horror doesn't mean I'm never afraid. I'm always afraid. Of everything. Resident Evil was a game that I couldn't even be in the same room in if someone was playing.

That whole game gave me nightmares. The mansion was full of monsters but still managed to make you feel alone. The ominous soundtrack fit perfectly.

The zombies were the worse part for me. Now that I'm older, looking back at their design leaves a lot to the imagination. The Playstation could only do so much for them. I guess it's the idea of them that creeped me out. The dead are alive trying to eat humans.

What also made them terrify me was their groan. Till this day those sounds scare the hell out of me. If I play the game now, I'm playing with headphones on listening to something else.

The fixed camera made the player feel claustrophobic. You only saw small portions at a time never knowing what was around the corner. That added to the mystery when playing for the first time.

When a Hunter is off camera, but you can hear it, that leaves you panicked not knowing when this creature will attack. Ryan Hollinger did an amazing video essay on the cinematography of Resident Evil that I highly recommend you watch. (https://www.youtube.com/watch?v=F5dC2j5JYcM).

I find the only flaw with the game is the horrible controls. Tank controls at the time plagued the Playstation. They are unforgiving when trying to escape. It takes time to adjust to if you are playing more modern games where everything is more fluid.

I think it's easy to forget where we came from as gamers. Look at the progression from a single D-pad and two buttons to two analogs, D-pad, four main buttons, and four shoulder buttons that come on modern controllers.  Back then games where developed with limitations that we worked around. I think the gameplay kept us from not letting the controls ruin the experience.

RE2 took what the first did and expanded on it. New characters, monsters, weapons, now outside of the mansion, and in the city. More so in the Raccoon Police department than the city though.

Needless to say, horrified me too. What got me was the intro to the game playing as Leon. As soon you start you’re thrown in to a small horde of zombies. 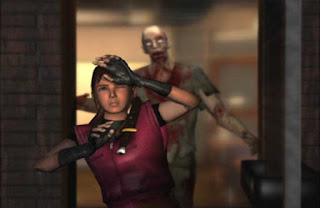 Again, tank controls do not help in this situation. Once you get past them you run in to the gun store, where the owner gets eaten in front of you. Leon probably has had the worse first day at work imaginable.

The fixed camera angles are still there along with the sense of claustrophobia. The police department is just as ominous as the mansion. Small corridors with the unknown around the corner. Surely the police department is aware of all the traps. There is no way an officer is just finding traps and not informing anyone. I'm assuming the potential of being killed there is part of the job description.

RE went off the beaten path

I know nothing can stay the same forever when it comes to video game franchises. RE 4 was a great transition in to the new direction the series was headed. RE 4 is one of my all-time favorite games. First RE I beat without having to turn it off midway.

Ammo and health were scarce. Enemies could do some real heavy damage. There was an actual sense of precaution needed to be taken. That's how I will remember the series.

Between 4 and 6 the series went on to becoming an action game with 5 and 6 co-op. 1 through 4 you were always alone, then co-op played a major role in gameplay. Enemies dropped useful items and the games were more fluid.

You could aim freely now with no tank controls. Enemies could be stunned and killed with melee attacks. I couldn't tell you the story to 5 or 6. What does it matter? They were now a generic shooter. There are some redeeming qualities and I'm sure in the future I'll replay and have a different opinion. For now, that's how I feel about them.

Light at the end of the tunnel

Resident Evil Revelations for the 3DS restored my faith in the series. I'll keep this brief because I want to get more in depth about it in a later post.

I never thought I would miss tank controls, but it felt refreshing somehow to use them again. There are new mechanics such as the scan gun that helps get you more items. New characters that are interesting. They brought back favorites as well.

Enemies do drop items, but I feel like there is enough challenge that you’re not run-n-gunning everywhere with them. You never feel like an action star mowing everything down. There is still the need to conserve ammo.

Resident Evil will always be a big deal to me

For more than twenty years this franchise has enthralled me. Although I was terrified I wanted to know all I could about it. The horror aspect drew me in. Capcom set the model for which all games after RE 1 tried to be. But with 7 out, it may be a time for a much-needed reboot of the franchise. Feels like there's something missing in the franchise.

For the first three I would pair Jack Daniel's with Coke. Classic mixed drink for a trio of classic games. Whiskey will help overcome the fear you'll feel as your navigating tight corridors with flesh eating zombies around the corner you can't see till it's too late.